Devin wanted more knowledge and better education (that was not in SA) and most importantly, greater industry experience. He knew one day he would Teach this powerful skill to others but Refused to ever teach again until he was an expert in his field and teach only what he knew, what he has done and what he has personally applied and tested as a therapist. He knew he needed to become the teacher he needed as a studying therapist, so that others would benefit some day. He needed to form a solid foundation built on sincerity, strong ethics, honesty and the correct standards that he would only find internationally and with experience.

From 2008 to 2012; Devin; completed more advanced qualifications and upgraded his knowledge and old qualifications through the Institute Of Reflexology UK, The School of Remedial Sports Massage UK, the School of Natural Health Sciences, Absolute Aromas Academy, The London School of Complimentary Therapies and many other Private Schools of touch therapies. Devin's massage career included working aboard beautiful ships where he realised many of the skills needed to succeed in the industry are often never explored in training at massage and beauty schools.

Devin had worked on and helped thousand of clients at that point and had passed the 10,000 hours of hands on therapy work, he had  the privilege of working on the head reflexology lecturer of Inga Dougan who has since started her own school in UK (who trained him in cranial-sacral reflexology) Dwight Byres (nephew of Eunice Ingham), president of the Institute of International Reflexology. (Who showed Devin techniques and told him the real history and truth about reflexology). Physical therapists, physios, chiropractors and massage specialists that all added deeper knowledge and insight into his passion and skill. Devin was finally gaining the insight he yearned for in his early years. He was thriving as a therapist and could work with pure passion and live his dream fully.

It was this experience that has contributed to his success as a pioneer in the industry and has made it possible for him to continue his career as a practitioner and more importantly, pass on this knowledge to new therapists at the beginning of their journey to ensure that they are being taught properly and that they will have a long, healthy and prosperous career. To this day, Devin is still a practising Massage Practitioner despite the medical field telling him he would never massage again. When Devin returned he was inspired and committed to bringing the new standards and knowledge to South African Massage Professionals,   After hard work, speaking to education institutions and further qualifications in the Education Sector, through International bodies and boards, Devin was able to start Balancingtouch. he continues to learn, study, share, educate, and add value to Natural healing and Integrative touch  therapy/medicine with the endorsements and the accreditation of international leaders in the industry while respecting the other fields. Devin is now an official Accredited Associate  of the International Guild of Therapy Lecturers.

Devin, the founder of Balancingtouch was first exposed to touch therapies in the 80`s when his mother Sandy practised reflexology as he watched and felt the powerful treatment and the power and healing of touch. this inspired him to know more and put him on the path to where he is today.
Devin started his massage career in South Africa at the sweet young age of 17 and got his first few Qualifications  through Complimentary Health Centre 2001 in Pretoria, He was met with many challenges of the time that he had to overcome by himself through trial and error and had to find the way to success that he passes on today.  Devin successfully overcame many obstacles for being a male in the industry and also pushed through a time when no one actually knew what massage therapy was.

He then studied further in Eastern and Polynesian  therapies  at Susca Watts in 2004, where his eyes opened to the industry and all the other therapies that work so well together.  He had started doing better as a therapist being able to offer more and being able to combine different therapies. However, as his knowledge grew, his questions and his hunger for Factual and structured Answers also grew. He wanted to further himself and gain the true insight and deeper understanding of his qualifications and why they work so well. Devin then chose  to refresh some of his qualifications, hoping  to get deeper insight into his current knowledge through a once well known massage academy in centurion 2006 .

Sadly, at the peak of his therapy career, Devin's worst nightmare came to life, something he never thought would happen to him started happening. He ignored all the signs he knew, he  tried to convince himself that his colleagues were  wrong. and that he was fine. Devin ignored the swelling of his hands, he ignored the stinging and the redness with shooting pain. After months struggled with cutlery when eating , dropped cups of coffee  and countless agonising treatments he was giving,he realised and accepted the inevitable. He placed his hands next to his clients head and for the first time, looked down at his red swollen, inflamed hands and saw the blue and purple bruising around his joints that he could no longer move. He later went to the Infirmary to see the the Doctor on board after consultation and X-rays, he was diagnosed with Rapid degenerative Arthritis of the hands with acute rheumatic  arthralgia and chronic myolgias.

Devin was informed that he will not be able to continue massage therapy and would not be able to proceed in this line of work or any thing that would involve his hands. The reality was, he had to rest his hands and take time to heal. The years of doing incorrect massage techniques that are still being taught in South Africa today were the main reason for him loosing his hands.  He had accepted that his  career at sea was over as he could not fulfil his responsibilities as a massage practitioner. However, the company he was working for recognised him for his skill and knowledge. The Director of the On Board Spa Company was very impressed with  his effectiveness in the training he had given therapists on the ships and how He was able to help other therapists through teaching and motivation.

The company kept Devin at sea where he was able to  add great value & expertise to the spa therapists at sea.  In a short time, he was promoted to management on board ships (everything happens for a reason), 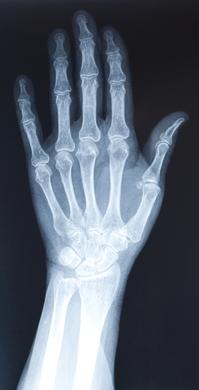 Sadly , he did not get the knowledge and insight he was looking for. However,  in his training, he was able to step in and assist the lecturer in areas the lecturer struggled with. Because of his knowledge and his willingness to help , Devin was requested by this academy to help improve the quality and standards being taught. He developed new courses, corrected and improved  their older courses and implemented the correct routines and practical sequences  in their  massage, reflexology and advanced sports massage courses. Devin was able to assist the school, with much of his insight and knowledge from the time (2007) is still being taught there today. he is humbled and grateful to the previous owners of that institute for waking up his passion to teach and inspire others..

In this time, Devin received True Reflexology, Proper acupuncture, Ayurveda and other powerful physical therapies From the Indian doctor Dr. Anand Piyaga, who worked in the spa that Devin managed on his final contract at sea. Within a year, Devin's hands had recovered. He began to Practice his passion and calling again, but with a much deeper respect & gratitude for the international education and life lessons he was blessed with. It was after years and years of practice in many different massage disciplines, almost loosing the ability to give massage that he made a deep and lifelong commitment to help practitioners in the industry, to train massage practitioners the right way from the beginning.

He started formulating an infusion of all of his favourite techniques from his favourite disciplines. These sequences and techniques were implemented throughout his career as a therapist, they have been used & practised on paying clients & knew what brought the best results in fastest time possible. The correct technique & sequences are being taught in Balancingtouch, The very same ones that he has been using since he fully recovered from his sustained injuries to his hands. 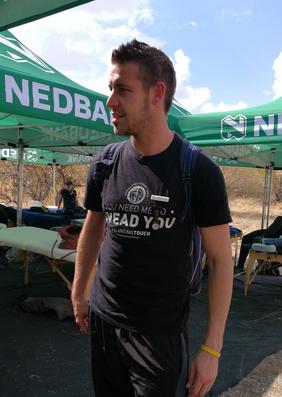